WELCOME TO SWEDEN AND THE HOME OF SWIMRUN ON JUNE 4TH!

Sweden is home to the challenging and breathtaking new sport of swimrun!

A sport that emerged in 2006 with the inaugural ÖTILLÖ in the Stockholm archipelago. Since then the sport of swimrun has virtually exploded in popularity and now reaches the far corners of the world.

From very humble beginnings in 2006 ÖTILLÖ is now considered the granddaddy of everything swimrun and annually hosts The Swimrun World Championships on its rugged 75 kilometres long course. By now it’s an iconic race and ranked among the hardest endurance challenges in the world!

Only ONE person have raced every single ÖTILLÖ since 2006! And that’s me, Jonas Colting.

Having raced ÖTILLÖ from the beginning and also winning the race three times, I wanted to create a swimrun race of my own. A race in my hometown of Borås, albeit shorter than ÖTILLÖ, but with a challenging, demanding and beautiful course in spectacular surroundings.

Borås Swimrun premiered in 2014 and since then it’s been a mainstay on the Swedish swimrun calendar. We have a long course over 34 kilometres and a sprint course over 13 kilometres and we provide clean waters and steep trails through the woods!

Borås Swimrun is an official ÖTILLÖ Merit Race so it’s at our race that you can begin to realize your dream of once qualifying for ÖTILLÖ!

For the first time, in 2023, our race will feature an individual category in each of our two distances! This category does not qualify for ÖTILLÖ Merit Race Points.

Our race caters to all international as well as Swedish participants and we pride ourselves in providing a supreme race experience and a true swimrun challenge. Borås is conveniently located only 40 kilometres from Gothenburg Landvetter International Airport and we provide shuttle from our race hotel.

For those wanting to get some extra racing from the weekend we also organize Borås Triathlon on Saturday June 3. Same race site as Borås Swimrun. Our race features both a Half-Ironman distance and a Sprint distance.

WELCOME TO BORÅS AND A TRUE SWIMRUN EXPERIENCE!

The swims are primarily located in the beautiful lake of Öresjö where also the longest and most challenging swims will take place. The water in Öresjö is clean, dark, cool and nice! Beside Öresjö the race also have swims in Fjällsjön, Viskan and Glasögonsjöarna.

The run sections are varied, undulating, hilly and emerged in nature, albeit not very technical. The running sections will include trails, bike paths, gravel roads, nature paths and asphalt. All run sections will be very well marked.

Borås Swimrun in Swedens most hilly and undulating swimrun! The course winds through ridges and valleys as the course takes you around and over Öresjö. We promise plenty of steep hills!

Our sprint course is 13 kilometres long with seven run- and six swim segments. Our short course is ideal for the beginner doing their first swimrun!

In the long run

On the Beaten Path 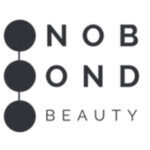