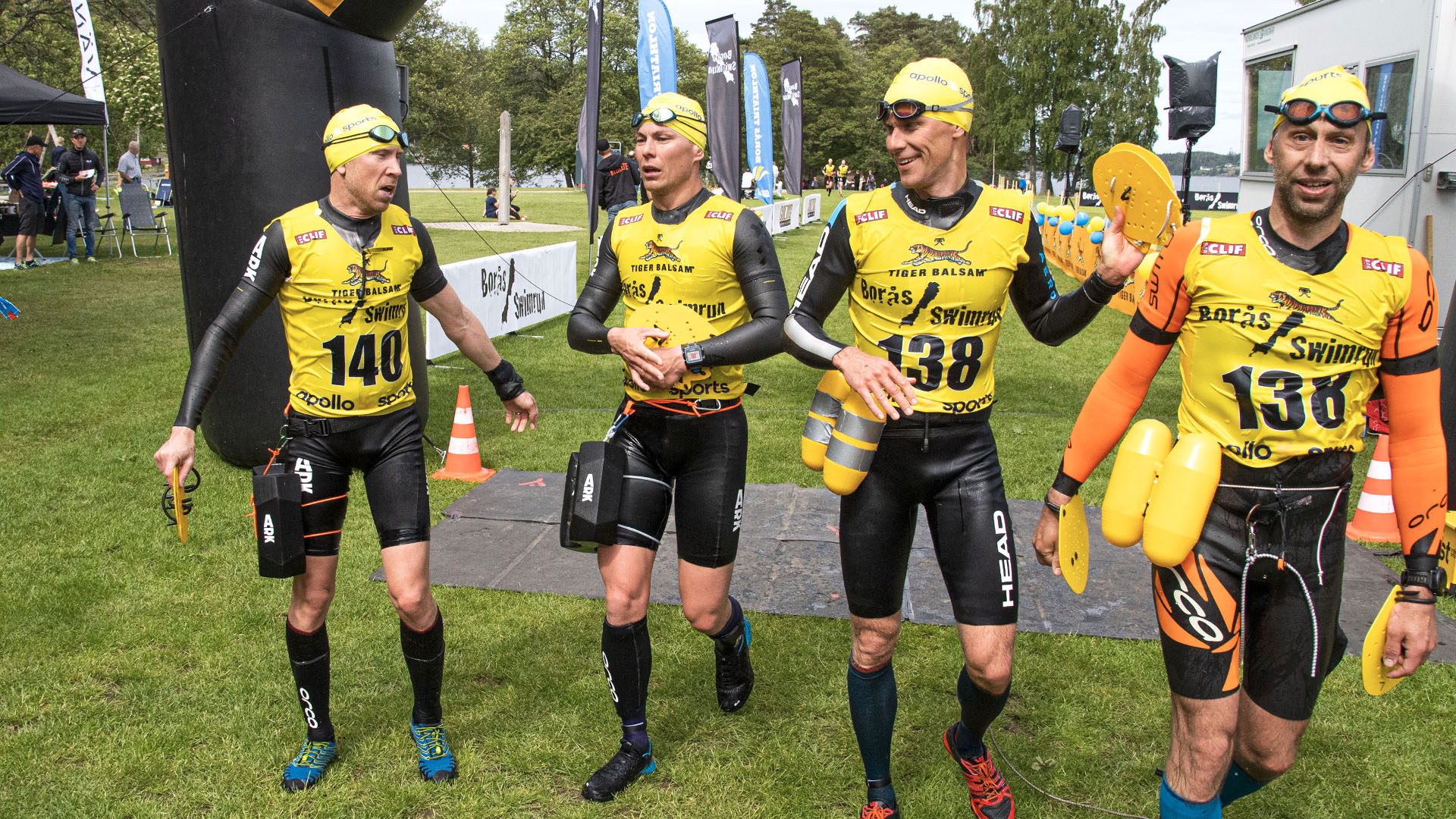 Posted at 12:52h in News by borasswimadmin

Given the extraordinary circumstances we won´t be able to host Borås Swimrun on May 31st. Neither will we host Borås Triathlon on May 30th. Our two event gather more than thousand people through that weekend and we must respect the current situation.

However, we mustn´t give up and dispair! We won´t cancel our event. At least not yet. Instead we´ve decided to postpone Borås Swimrun for Sep 20th. This date is also pending until circumstances have normalized.

Instead of typically being a season opener for many swimrunners, Borås Swimrun will now hopefully be a season ending during a season that will see a lot of spring and summer races close down. Late September normally features summer weather and the water is warmer than early summer.

Participants that for some reason can´t or won´t participate on Sep 20th will be offered free participation in the 2021 edition of Borås Swimrun, set for the last weekend of May next year. We also offer free team and/or name changes if one want to sell your race particpation.
However, we will not offer any cancellations with money returned.

• If you want to participate on Sep 20th you are not required to any call of action. Your participation is automatically transferred to that date.

• If you already at this point want to move your participation to next year, you need to contact Malin at malin@colting.se and provide team name, both racers name and e-mail contacts.

I really hope that as many of you as possible want to keep your entry for our September date! As a matter of fact, I beg you to do so, in order for us to be able to host an event this year and coming years. For some time, we considered to cancel our event all together, as many other races now are forced to do.

At the same time we want to offer something to strive for, something that will serve as a goal for continued training. Something to look forward to! There´s quite a risk that there won´t be much of a swimrun season at all in 2020. And during these trying times there´s a greater need than ever to have something positive and uniting to focus on. A goal to strive for. We surely hope that Borås Swimrun can turn out to be that goal that keep us moving forward.